China is home to some popular games, such as Flying Chess, Small Bean Bags, Jianzi, Five in a Row, and Mikado.

This board game is named Flying Chess, it is like a normal board game, but with planes. Flying Chess is a one of a kind board game. It includes four types of colors for the planes, and the graph (board) can take up to 16 planes and two to four people can to play. There is a single die in flying chess, you roll the die, it stops, and the number it shows is how many steps you need to take. In the beginning, you must roll a six to make a plane go, then you roll again. Whatever number you get, you go that much. And if you land on your color, you can skip to the next (your color) color. If you land on an icon that has a plane of your color, you can move straight and follow the arrow to where the arrow is pointing. When you almost get to the winner’s spot, you go into your lane and roll yourself to the middle. One last thing – if you land on someone else’s space, they have to start from the very beginning and have to roll a six again.

A similar game is also played in other parts of the world, but with different playing pieces.

Small bean bags is a game where you must use a cone and a small beanbag (not a big one). To play, you must throw the bean bag in the air and catch it with the cone and throw into the air with the cone and then catch it again. It repeats, except for the throwing the bean bag into the air with your hands. Ok? You count how many times you can catch it, and if you drop it, you have start over and count again. 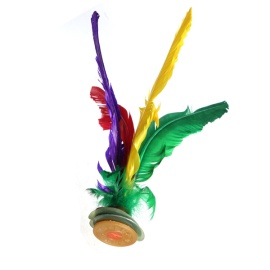 Jianzi is a feather kicking game, is it very easy to explain. It’s like a plastic bowl with some bells attached to it. All you need to do is to kick the feather ball into the air repeatedly and if it drops onto the floor, you must start over.

Five in a Row 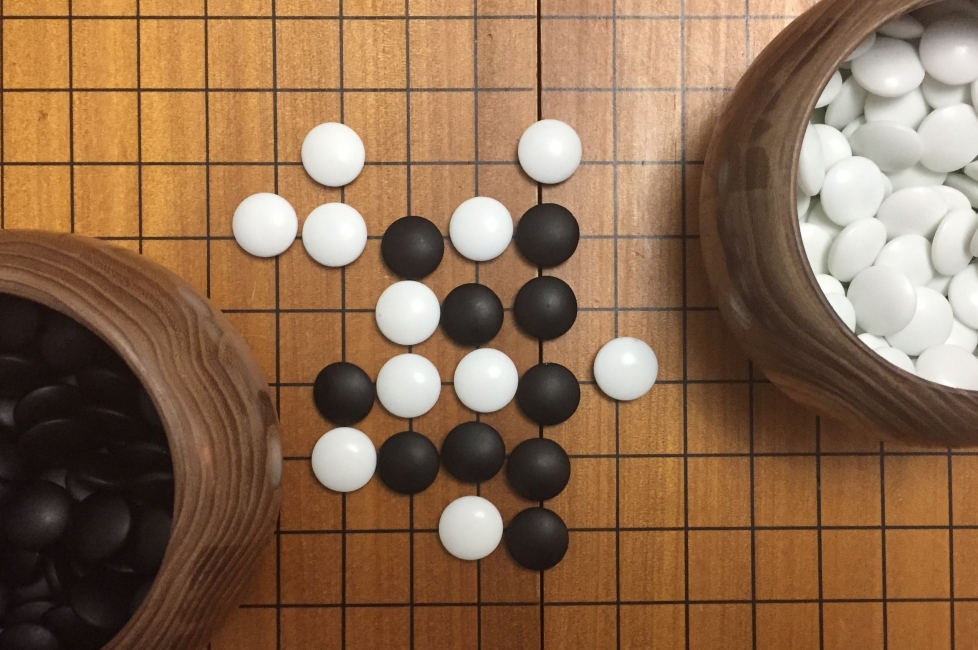 Five in a Row is a game similar to Bingo chess (three-four in a row), and I’m sure you guys all know how to play Bingo chess simple game.

Five in a Row is a board game with white and black characters to play with. This game requires two players to play. First, you need to play a round of rock paper scissors shoot, and whoever wins gets to be the black character and gets to start first. You simply just put a character on to the line (Middle), not the blank. Whoever gets five in a row first, will win the game. But if someone blocks your, let’s just call it four in a row, and both sides are blocked, you cannot carry on with your four in a row. This game requires a lot of thinking. It is entertaining, and some people even do competitions for this game. 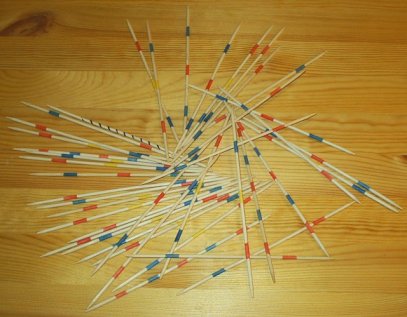 Mikado is a stick game, simple and entertaining. You play rock paper scissors to see who goes first. Then, grab all of the sticks and put them into a bundle and let go and let it spread. The person who won the game of rock paper scissors will go first. The person will try to get as many sticks without moving any other sticks, like not even a tiny bit. The first stick you touch will be your target. If you manage to get the stick without moving any other stick, you can keep it and keep going. If a stick moves, the next person goes. And it carries on and on. Simple. In the end, whoever has the most sticks wins.